Although interest rates were left on hold following the Monetary Policy Committee (MPC) meeting on 22 March, a split vote appears to have paved the way for a rate hike at the next meeting in May.

The Bank of England left interest rates unchanged last month but two policymakers – Ian McCafferty and Michael Saunders – unexpectedly backed a quarter-point rise to 0.75%. This left the nine-member MPC split 7-2 in favour of keeping rates on hold at 0.5%.

This was a departure from the unanimous vote to leave rates unchanged at the previous meeting in February. And this has firmly reinforced the consensus amongst economists that the MPC will raise rates for the second time since the financial crisis when it next convenes on 10 May.

Another MPC member, Gertjan Vlieghe, fuelled these expectations by confirming his suspicion that rates will need to rise once or twice a year over the next few years. Vlieghe said: “The current central outlook is, in my view, consistent with one or two quarter-point rate increases per year over the forecast period”. His comments came in a speech to business representatives the day after the March MPC meeting.

While the UK interest rate cycle has only recently begun to move upwards, the US Federal Reserve recently raised rates for the sixth time in just over two years. The move, sanctioned on 21 March, took the federal funds rate to a target range of 1.5% to 1.75%. The Fed also signalled that it expects to increase rates another two or three times this year, with three further increases expected in 2019.

Despite the recent rises, interest rates clearly remain exceptionally low by historic standards. However, it is increasingly apparent that we have now entered a period of monetary tightening. 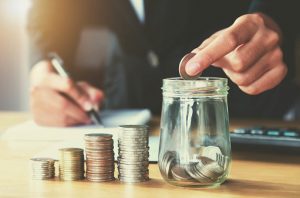 An independent think-tank has warned the Chancellor that he will need to raise taxes significantly if the government wants to keep spending constant and maintain a commitment to balance the books by 2025.

The warning was issued by the Institute for Fiscal Studies (IFS) in its response to the Chancellor’s Spring Statement delivered to Parliament on 13 March. During his speech, the Chancellor unveiled the latest forecasts produced by the Office for Budget Responsibility.

In terms of government borrowing, the revised figures predict a 2017/18 budget deficit of £45.2 billion, £4.7 billion lower than forecast in November. In addition, the latest projections suggest the government is on course to borrow £20 billion less in cumulative terms between 2017/18 and 2022/23 than previously predicted.

However, despite this apparent improvement in government finances, the IFS analysis suggests nothing of importance has actually changed. Director of the IFS Paul Johnson commented that the good news on borrowing would largely wash out over the next few years, while the structural deficit in 2019/20 would be almost unchanged.

Mr Johnson added that the UK was still suffering the hangover of the 2008 financial crisis, which had led to the worst decade of growth since at least the Second World War. He went on to say that the major problem facing the Chancellor was how to balance growing demands for spending increases with his desire to cut the deficit by the mid-2020s.

Given the outlook, the think-tank’s analysis suggests annual tax rises totalling £41 billion will be needed if the government is to maintain public spending and balance the budget. This gloomy analysis appears to contradict the Chancellor’s own assessment of the public finances and casts doubts on whether the latest OBR forecasts will allow him scope to increase spending in the Autumn Budget. 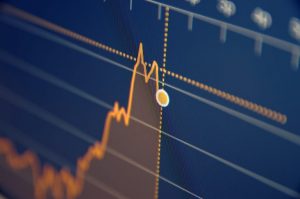 Economic data in the US showed a marginal rise in consumer spending and a moderation in inflation readings. Notably, the number of Americans filing for unemployment benefits dropped to a 45-year low. Concerns exist over global trade issues and fears over increased technology regulation following the Facebook user data scandal. Despite the Dow and Nasdaq finishing higher on the last trading day, the technology-heavy Nasdaq Composite closed the month down 2.88% on 7,063.44 and the Dow Jones closed on 24,103.11, down 3.70%.

Is the household income squeeze about to end?

A decline in the rate of inflation along with increasing wage growth has boosted hopes that an end to the squeeze on household incomes may be in sight.

According to the latest labour market statistics, average weekly earnings excluding bonuses increased by an annual rate of 2.6% in the three months to January 2018. While this did represent a small decline, it also continued the trend of gradually rising nominal wage levels that has been evident in recent months.

In addition, the income data series actually lags the inflation data. So, given February’s decline in the cost of living, and assuming that both trends continue (inflation easing and pay increasing), then it is likely that real incomes will start rising again at some point in the next few months.

And there is growing evidence that the upward trend in wage growth may be gathering momentum. More than one million NHS staff, for instance, were recently offered pay awards of at least 6.5% over three years, with some lower-paid staff reportedly set to receive as much as 29%.

Similarly, a recent survey conducted by IHS Markit revealed that UK households said their income from work is growing at the fastest rate since July 2016, when income growth reached its highest level since the survey started in 2009. This optimism was largely felt to reflect the upcoming minimum wage increase.

While this all represents good news for UK households, it clearly does not mean the income problem is over. The last decade has seen the most anaemic rates of wage growth in over 200 years and this is not a situation that will be quickly reversed. However, the latest data certainly suggests there may be some light at the end of the tunnel for the beleaguered household sector.

The rate of inflation in the UK fell to a seven-month low in February as the impact of sterling’s depreciation in the aftermath of the EU referendum starts to fade.

Data from the Office for National Statistics (ONS) shows the Consumer Prices Index 12-month rate – which compares prices in the current month with the same month a year earlier – rose to 2.7% in February. This was down from 3.0% in January and the lowest figure since July 2017.

Commenting on the figures, ONS senior statistician Phil Gooding said: “Many of the early 2017 price increases due to the previous depreciation of the pound have started to work through the system.”

Specifically, the largest downward contribution came from falling petrol prices and a slower rise in the cost of food. Hotels also had a downward impact, with overnight accommodation prices falling this year having risen a year earlier.

While economists had predicted a decline, the actual reduction was above the consensus figure. However, while inflationary pressures are expected to continue easing, the future path of inflation could remain volatile, particularly in the next two months when the timing of Easter could impact on the data.

Perhaps unsurprisingly, the ONS did not reveal the contribution pork pies made to the latest figures, although they did announce that the Melton Mowbray delicacy will no longer feature in the cost of living calculations. This follows the latest annual review of the ‘basket of goods’ used to measure inflation.

Along with pork pies, another 35 items have been removed including Edam cheese, lager in night clubs and camcorders. Among the items set to feature in future inflation indices are exercise leggings, chilled mashed potato, quiche and body moisturising lotion which, apparently, more accurately reflect contemporary British spending habits.